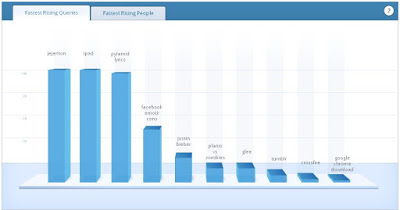 Google, the number one web search engine just released Zeitgeist 2010: How the world searched – an aggregation of billions of search queries people typed into Google this year.
visit http://www.google.com/intl/en/press/zeitgeist2010 to know the overall map of top searches worldwide.. for IT PINOYs, check out “More Regions” to see what pinoys do search about.
these are the Top Philippines Searches of 2010:
“The 2010 Zeitgeist for the Philippines is all about triumphs, from the success of the 2010 automated elections and the election of a new president in Noynoy Aquino, to Manny Pacquiao’s back-to-back victories against Joshua Clottey and Antonio Margarito. Venus Raj, 4th runner up in this year’s Miss Universe Pageant, snatched #2 on our list of fastest rising local newsmakers, and Charice, fresh off her Glee appearance, is this year’s fastest rising local music artist.”