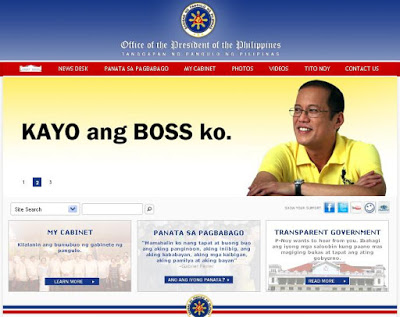 the rise in fans subscribed to Philippine President, Noynoy Aquino (P-Noy)’s official Facebook page is now being questioned as some IT PINOYs think they were moved to this page from a previous fan page.
in light with the current news of the waning ratings of PNoy, his previous fan page (http://www.facebook.com/noynoy.aquino), which has over 2mil fans was reportedly taken down because it contained comments critical of the current administration. allegedly, this was reportedly an initiative of PNoy’s staff.
creators of the fan page, Ben Totanes and Betty Abrantes set up the FB page in 2009 after the death of ex-president Cory Aquino.
Presidential Communications Group head Sec. Herminio Coloma has this to say, “It is clear… that Facebook Management seeks to minimize confusion that may arise from the existence of more than one Official Facebook Fan Page for a public official —in this case, for President Aquino.” (citing Facebook’s policies that disallow the creation of accounts without authorized consent)
read more [gmanews.tv]